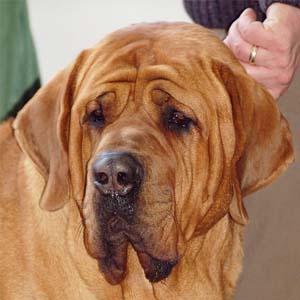 What is known about Tosa Inu or Japanese Mastiff history?

The Tosa Inu, or Japanese Mastiff, is the cousin to the Korean Mastiff, also known as the Dosa Inu, with the Tosa Inu, however, tending to be smaller and less mastiff looking in appearance.

As with many show dogs, the show ring, judge bias, and registry politics have created situations where breeders have bred the breed to a larger size. For this reason, those bred outside Japan are often much larger than those still being bred in Japan. In some cases, those outside Japan have nearly double the size of their native counterparts.

The breed is believed to have been derived from the native Shikoku-Inu and then crossed with European dog breeds, such as the Old English Bulldog in 1872, Mastiff in 1874, St. Bernard, German Pointer in 1876, Great Dane in 1924, and the Bull Terrier.

From 1924to 1933, the breed had its greatest demand in Japan, with over 5,000 breeders. Since then, the breed, however, has faced a significant decline.

Like many mastiff breed lines, this breed also faces limitations in ownership through breed-specific legislation (BSL) and is only allowed in the UK under exemption through the British court. Australia prohibits the breed's import, and they are significantly regulated in Trinidad and Tobago. The Tosa Inu is also banned in Cyprus, Denmark, Hongkong, Iceland, Malaysia, Malta, New Zealand, Norway, Singapore, and Turkey.

What are the Tosa Inu or Japanese Mastiff breed standards?