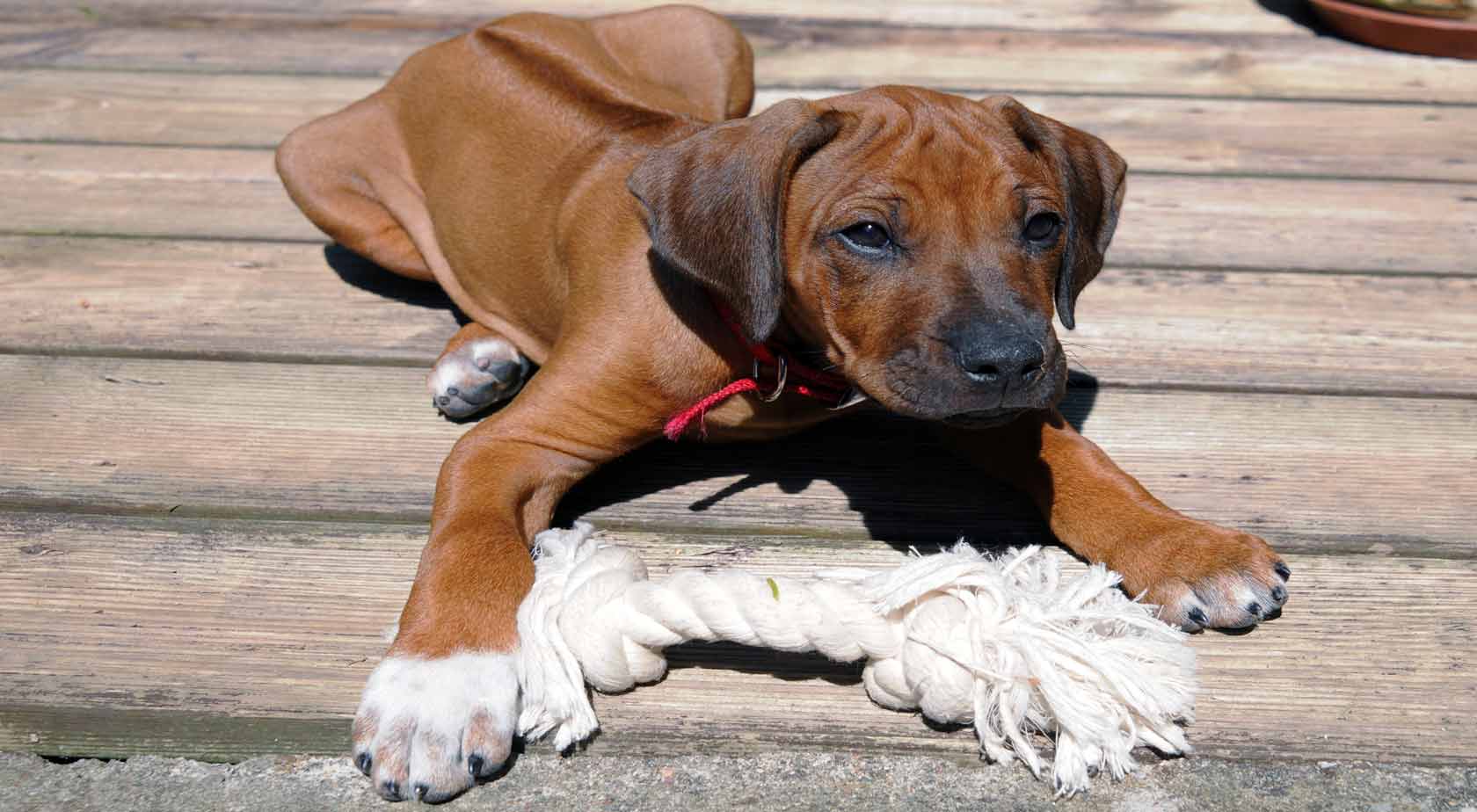 What is known about Rhodesian Ridgeback history?

The Rhodesian Ridgeback is from South Africa and gets its name in part due to the fact that the hair along the spine grows in the opposite direction and consists of a fan-like area formed by two whorls of hair (called "crowns") and tapers from immediately behind the shoulders down to the level of the hips. This trait is likely due to the wild dog ancestors that made up its foundation. Alternatively, it is speculated that the Phu Quoc of Vietnam may have been imported and may be the reason for the ridgeback trait as it also exhibits the same.

The Rhodesian Ridgeback is one of only three dog breeds with the reverse ridge of hair grown on its back, with the other two being the Phu Quoc and the Thai Ridgeback.

By the 1860s many European settlers had come to the South African regions bringing with them their dogs such as Great Danes, Greyhounds, Bloodhounds, and other various terrier and mastiff lines. Over time these breeds intermingled, leading to what is known today as the Rhodesian Ridgeback.

The breed is known for its fierce nature, used in early times to bay lions until the owner could kill them. Additional other large animals they were used against were wild pigs and baboons. It is said that they can single-handedly kill a baboon without any assistance from their owner.

Mr. F. R. Barnes wrote the first breed standard in Bulawayo, Rhodesia in 1922 based in part on the conformation of the Dalmation.

In 1950, Mr. and Mrs. William H. O'Brien of Arizona brought six Ridgebacks of careful selection to the US from South Africa to begin a formal breeding program.

What are the Rhodesian Ridgeback breed standards?

Eyes:
A black nose should be accompanied by dark eyes, a brown nose by amber eyes.