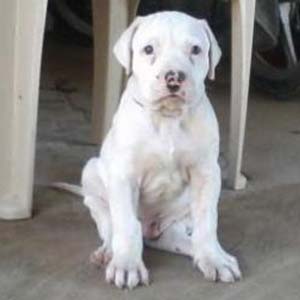 What is known about Gull Dong / Pakistani Bulldog history?

While its exact origin is unknown, it is believed that the breed was developed by crossing the Gull Terrier with the Bully Kutta.

This breed excels at guard work and is often used as a guardian of the home.

The Gull Dong is rarely found outside Pakistan and the surrounding areas, but given its popularity there, the state of civil unrest in the region, and recent trends in migration, it is not unreasonable to think that it will soon find itself in other areas around the world. When the Gull Dong makes it to America and other regions of the world, given its historical nature and resemblance to the Pit Bull, it may make a good candidate to be added to the base stock of the now developing American Bully breed.

What are the Gull Dong / Pakistani Bulldog breed standards?